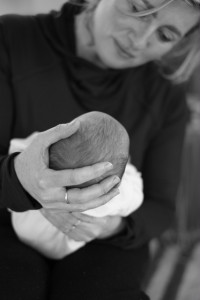 500 hours of training in Homeopathy

I have been a licensed midwife in the states of New Mexico and Louisiana, New Orleans and Texas. I have been licensed as a homebirth Midwife since 1984 and supervised well over 1500 births.

I am a painter (large scale, figurative, archetypal, symbolism and surrealism) this work is an expression and response mainly to the sacred act of Love and Life and Birth. My art work is large scale.

I have been a practicing Midwife since 1984. I have attended and supervised well over 1500 plus births as primary home birth midwife. I am a mother of two sons who were also born at home. My first born son, Gabriel was born at home in Pecos, New Mexico and my youngest son, Blas, was born at home in Amsterdam, Holland. Both of their births were attended by traditional Midwives. I have been a Homebirth midwife in Santa Fe New Mexico and surrounding towns since 1985 until 2003. I was also licensed midwife in New Orleans, Louisiana  2004. I became a licensed midwife in  California 2005 till now where I have made my sanctuary – home in Vallejo, where I live now.

1984  Received training in 1-year intensive program at the Maternity Center, a midwifery-based Birth Center in El Paso, Texas, which consisted of 3 Midwifery birth centers along the border of El Paso and Juarez. Licensed in Texas as Midwife 1984.

1990 – 1993  Received 500 hours of Homeopathy training with Robin Murphy.
I specialize in homeopathy and acute remedies for pregnancy and children.

2007 – 2010  New Mexico Academy of Healing Arts, I completed an 18 month program (500 hours) in Ortho-Bionomy, the Homeopathy of Body work and form of body-work rooted from Osteopathy. This work includes Cranial sacral and Somatic body healing. 80 hours of beginning modules in Somatic Trauma Healing with Peter Levine and the Foundation for Human Enrichment and Basic Somatic Trauma First Aid.

2009   became a Lactation educator and was certified as an international board certified lactation consultant (IBCLC). I have however, released the certification and title.

2012  Completed 130+ hours of advanced Ortho-Bionomy practioner training and moving towards my advanced certification.

2013  I continue in advanced self study and research of the unique and powerful integration of Ortho-bionomy and midwifery.